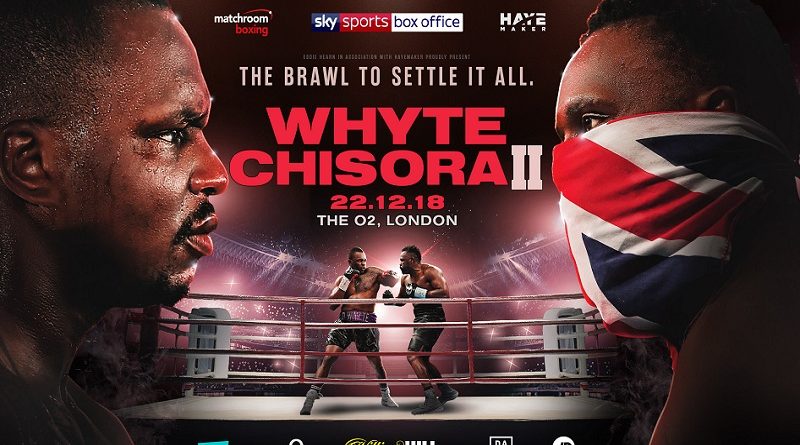 An epic battle ensued in the first fight between Dereck Chisora and Dillian Whyte. Round 5 was immense with some big shots coming from Chisora. It was too and froe throughout with a close decision at the end in favour of Dillian Whyte who delivered perhaps the cleaner work on the night as Chisora tired. Watch and enjoy:

How to watch Whyte vs Chisora 2

You can watch Whyte vs Chisora 2 by purchasing the fight on Sky Sports Box Office or subscribing to the DAZN network. Or you can be there live by buying a ticket.

What time are the Whyte vs Chisora ring walks?

Nothing is official yet but we would anticipate the ring walks being somewhere between 10pm – 10.30. We would expect the bout being underway before the 10.30pm mark. We will update this as more information is released from Matchroom Boxing.

Perhaps the biggest news to come out of the rematch between Dillian Whyte and dereck Chisora is that Chisora has teamed up with old foe David Haye. Chisora, armed with his new persona of ‘War Chisora’ has asked Haye to be his manager. While Chisora is still working with long-time coach Don Charles it seems Haye is taking on a broader role to advise Dereck on anything from negotiating the fight in the first instance to his training and diet. The effects of which remains to be seen, but one thing is for sure, Haye has been to the top of the sport and knows what it takes to prepare for the best.

Predictions for Whyte vs Chisora 2

The old adage is that ‘styles make fights’ and these two warriors proved in the first battle that they gel to pull off a spectacular show. This is a tough one because Dereck has proven, when he shows up, he has an equaliser. Likewise, Whyte has tasted defeat by knockout against Joshua and was put down by Joseph Parker before winning on points. That being said, Whyte has improved immensely in his last 4 fights and I think he will prove too much for the older and battle warn Chisora. This is one of those fights where, if I am wrong, I am still happy. 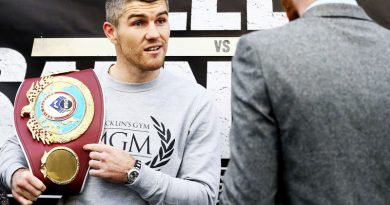 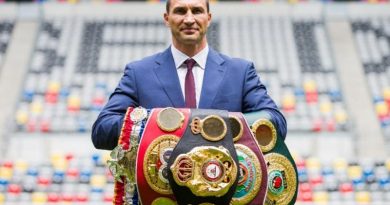 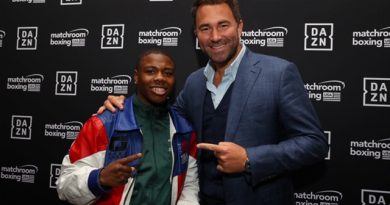